[Interview] The State of the Used Vehicle Market During Covid-19 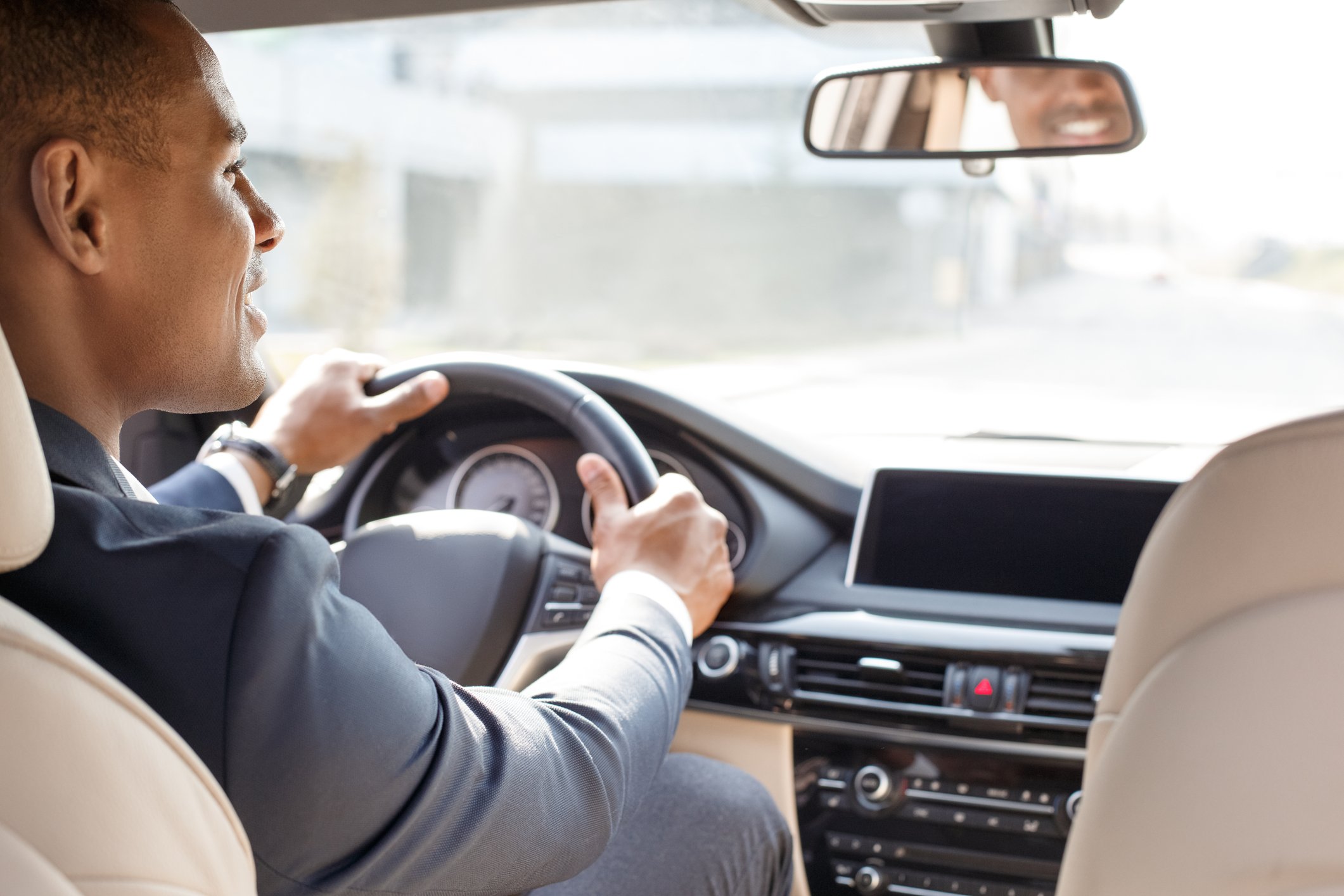 In today’s blog, we interview Brian Murphy of Canadian Black Book. Brian provides timely insights into what fleet managers can expect from the Canadian used vehicle market during Covid-19 including:

Let’s dive in to our conversation with Brian Murphy!

Brian, what is your role at Canadian Black Book?

And one of our key businesses is forecasting residual values for leasing, so I'm also responsible for that for Canada as well.

As a result of COVID 19, what are some of the major changes you're seeing and that you expect to see for the rest of the year?

Oh, yeah, that's a big one. We could talk for an hour just about that!

So I think the first thing everybody wants to talk about is the decrease in sales of new cars. We saw that in March, sales went down by 48%. And then in April they went down by 75%, compared to the same month last year.

And we expect that for the whole year, sales will go down by 25%. And so that's half a million vehicles fewer sold in Canada.

And I never thought I'd have a conversation about something like this because in our industry people get very excited when sales go up and down a couple percent, never mind 25%. So this is a huge change. 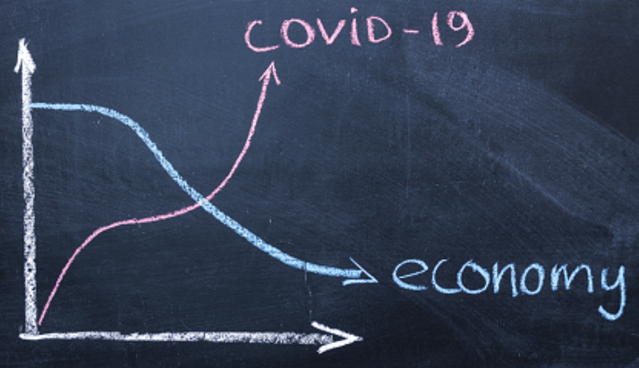 We also see that used car sales will be affected. We don't think they'll be down as much as new cars because I think there'll be some switching behaviour too, so that if someone was thinking about buying a $45,000 new car, they might now choose to be more frugal, and instead, go buy a $18,000 used car.

So it's our expectation that prices will go down about 17% for used cars. And to put that in perspective, that would be the first time ever in history that we’ve seen a drop like that. We've already seen prices come down about almost 8% in the last three months, which is really big. But we don't think they've hit the bottom yet.

For the rest of this year, it's a bit of a cliche, but we're on a roller coaster. So we think that prices are going to go down through the third quarter of this year and into early next year, and then as the economy recovers, they’ll go back up again.

We also anticipate that on the new car side there very well could be shortages of products. And that's just driven by the fact that factories of cars and parts were offline for so long.

For fleet operators that usually have pretty specific requirements, they’ll have to work closely with the people at Foss or with the manufacturer to make sure they actually get their vehicles.

We know that a lot of manufacturers' plans for 2021 model year vehicles are now delayed. The whole production schedule of what gets built when is being redesigned as we speak.

Is it a good idea for fleets to try to hold on to their current vehicles because they might not be able to get what they want?

Yeah, there's definitely that. And it's also that if fleet operators try to liquidate a lot of vehicles right now, you might be very disappointed with how much money you get for them.

So it may be better to hang onto them until the end of the year or beginning of next year. Of course it depends on the fleet because there's obviously lots of considerations.

How will the current situation affect the markets in three to four years time?

We expect that there will still be some effects of COVID, even then. So in three or four years time, we actually think prices will be 2-3% lower than they would have been otherwise.

How is the residual value being affected among different vehicle segments?

At Canadian Black Book, we divide the market up into 20 different segments and each segment acts a little bit differently.

But we made specific adjustments for COVID when we published the residuals for the month of May, and that's where we lowered them somewhere between no adjustment and 4%.

But within the different segments, the amount of difference isn't that great. It's somewhere between 6% and 2%.

It just depends on the segment because there's some vehicles—like full size vans, for example— that we're very concerned about because those are targeted at businesses. And the whole business environment is under so much financial stress so we think those values are going to suffer. 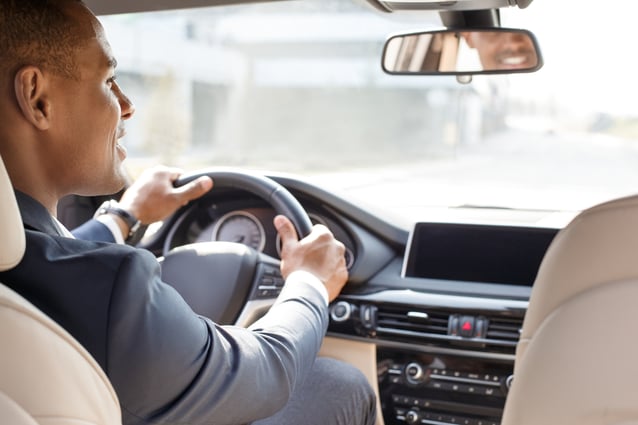 And then we expect a number of consumers actually might turn to subcompact compact cars as a reliable lower cost source of transportation. So we think their values won't fall quite as much.

So actually, so far we've seen compact subcompact mid-sized cars drop the most. Although we don't think that will necessarily be a long term trend. We do think that that will probably change over time and some of those less expensive vehicles or do a bit better.

What is your main advice for fleets right now?

So I’m going to give some advice that might sound contradictory, but it really depends on the fleet and their needs.

Since we do see prices falling more, if you want to get rid of vehicles, it might be better to do it sooner rather than later.

The other consideration is that, as opposed to selling vehicles, you might want to hang onto them because there may be shortages.

You may have vehicles sitting idle but two months from now, are you going to start using them again?

And we did speak earlier about product shortages. So that's something to bear in mind, too, that if you've got—let's just talk about pickup trucks —that if you've got a whole bunch of pickup trucks that you're considering selling with the idea that in September you're getting a bunch more, just be careful because you might not get those trucks or they might arrive months later than expected.

So you'll have to be flexible and think on your feet as far as replacing vehicles and acquiring new ones. Things are very fluid right now, and they change from one week to the next.

Get to Know the Author

Claudio De Angelis is the Remarketing Manager for Foss National Leasing with 20+ years of industry experience. 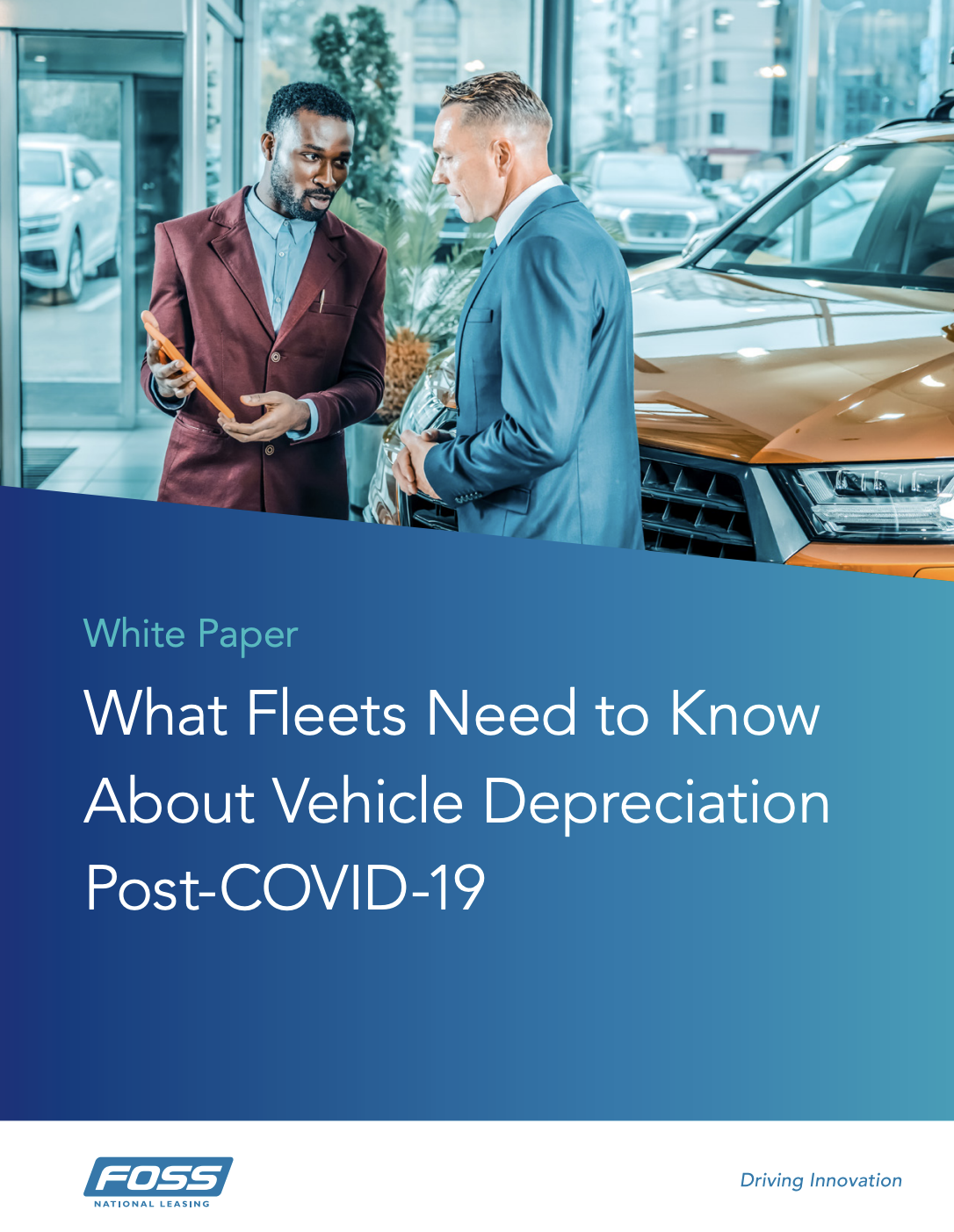 What Fleets Need to Know About Vehicle Depreciation During COVID-19

Learn what to expect as COVID-19 continues to affect the economy, plus four mistakes to avoid making during this time of economic uncertainty.

Open End vs Closed End Lease: Which is Best for Your Fleet?

A Fleet Procurement Strategy to Boost Your Bottom Line