When choosing to transition your fleet to include electric vehicles, there are many factors that come into play. As a fleet manager, you will obviously find cost and convenience to be very important.

In Canada, there are currently a number of options for electric vehicles. To help you understand the difference between these options, we have provided a comprehensive look at four types of electric vehicles that are on the road today:

Each of these options has its own advantages and disadvantages, depending on your specific needs. They definitely all greatly reduce the amount of emissions your fleet produces, with some options eliminating them entirely.

Each vehicle type also recharges its batteries through regenerative braking as the vehicle is being driven.

Ultimately, whichever option you decide on depends on your specific situation and will come after careful consideration of the pros and cons of each option.

THE FOUR TYPES OF ELECTRIC VEHICLES ON THE ROAD TODAY

Battery electric vehicles, as their name suggests, are 100% electric. They do not have a combustion engine and offer no tailpipe emissions.

This class of vehicles has definitely developed some interesting designs due to its quirks. A good example of fully electric vehicles, albeit this example applies mostly to individual consumers, is the Tesla range of saloon cars.

Battery electric vehicles are powered by onboard batteries that are charged by plugging into an outlet or charging station. There are a number of considerations to be taken when looking into this option.

The purchase price of BEVs is much higher than that of similar gas-powered vehicles, making them require a higher capital outlay.

However, in Canada, some provinces offer generous incentives for companies purchasing these vehicles.

Despite their current high price, BEVs are experiencing widespread adoption. Consequently, their prices will fall as more vehicle manufacturers and other players enter the market.

With growing popularity, BEVs will soon cost as much as, or less than, your average gas-powered car. BEVs also happen to be very reliable and fleet managers can expect to save money on the maintenance costs.

The biggest issue to consider when purchasing a BEV is the charging outlets. Charging usually happens at one of two places: onsite, at the company, or at an outlet at the employee’s home. 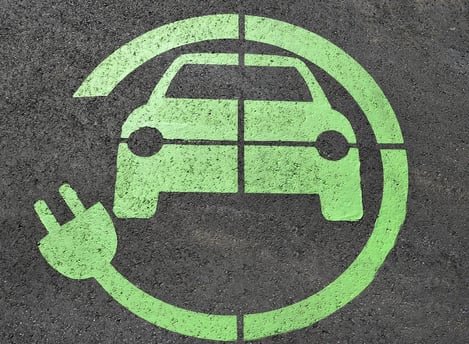 There are also a few other factors to consider:

Employee costs – If you decide to let the employee charge the BEV at their home, you will have to figure out how to reimburse them for the electricity costs.

The logistics of charging time – Batteries can recharge overnight in a regular 120V household outlet. The time will be even faster if you use a 240V outlet.

In some locations, there are 400V DC fast charging stations that allow the battery to be 80% charged in less than 30 minutes. The BEV, however, will have to be equipped with a CHAdeMO or COMBO connector.

Range considerations - BEVs generally have a range of between 100 and 160 km. However, some newer models have been known to achieve up to 400 km.

FCEVs are 100% electric and their electric motors are powered by electricity. This is produced by combining hydrogen and oxygen. There are no tailpipe emissions and the only byproduct is water.

The purchase price of FCEVs is generally high. A good example is the Hyundai Tucson FCEV, which leases for around $530 a month on a 36-month lease.

There is no need to plug in an FCEV as the fuel cells are recharged with hydrogen fuel. The refueling process itself is incredibly fast, taking as little as 5 minutes at a refueling station.

The biggest problem, however, is that hydrogen refueling infrastructure is currently very limited in Canada.

Gas-electric hybrid vehicles combine a gasoline engine with an electric motor. The vehicle is powered primarily by an electric motor, while the gas engine cuts in as the load or speed increases. 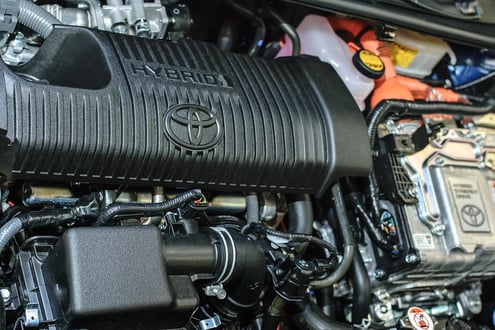 The two power systems are controlled by an internal computer which optimizes for the best economy under any given driving conditions.

HEVs are not plugged in and recharged. Their batteries are charged through regenerative braking, where the energy produced during the braking process is converted into kinetic energy.

The purchase price for HEVs is slightly higher than but comparable to similar gas-powered vehicles. The vehicles offer very good fuel economy.

HEVs are generally more expensive to run than all-electric vehicles and PHEVs (which we will look at in the next section). This is mainly due to the fact that they cannot be recharged on the public network.

Another reason they are expensive to maintain is the fact that they have two power systems.

PHEVs are very similar to HEVs. The key difference is in their ability to recharge by plugging in. Also, unlike HEVs, PHEVs can run fully on batteries, which makes them capable of 100% zero-emission journeys.

The Chevy Volt, for example, can run for more than 60km before the gasoline motor takes over.

The purchase price for PHEVs is higher than but comparable to, similar gas-powered vehicles. They are also generally cheaper to run than their cousins, HEVs. This, however, depends on the distance driven on electric power.

The maintenance costs of PHEVs are still just as high as those of HEVs, as there are still two power systems to maintain.

PHEV batteries are smaller than BEV batteries. Therefore, they take much less time to charge.

The ranges for PHEVs depend on the distance driven as they can be driven on 100% electric power. They do, however, have a greater range than BEVs. Readily available fueling infrastructure also serves to reduce range anxiety for these vehicles.

Take Part in the Future

With policymakers and OEMs united in the push to phase out fuel-powered vehicles over the next decade, electric vehicles will be the norm.

The currently high prices will inevitably fall as they are adopted globally, and maintenance costs will reduce with more innovations and the installation of the required infrastructure.

This is a good time to invest in this technology in order to help ensure a clean and healthy future for our communities.

Download our white paper - E-Fleets Are Coming: How Can You Plan for Change? It discusses the key benefits and challenges associated with EVs in-depth, and provides expert advice on key considerations to make before going electric. 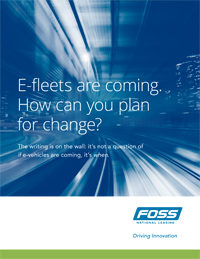 E-fleets are coming. How can you plan for change?

It's not a question of if electric vehicles are coming. It's when.

The EV revolution is happening faster than anyone predicted. As a business, you now have the… Read more

Considering electric vehicles (EVs) for your fleet, but worried about the cost? We’ve got some… Read more

What do Ontario's Cancelled EV Rebates Mean for Fleets?

Find out how we can help improve your fleet's efficiency. Talk to a Foss fleet expert today to learn more about the right solution for you.