Cannabis and Impaired Driving: What Fleets Need to Know [Interview] 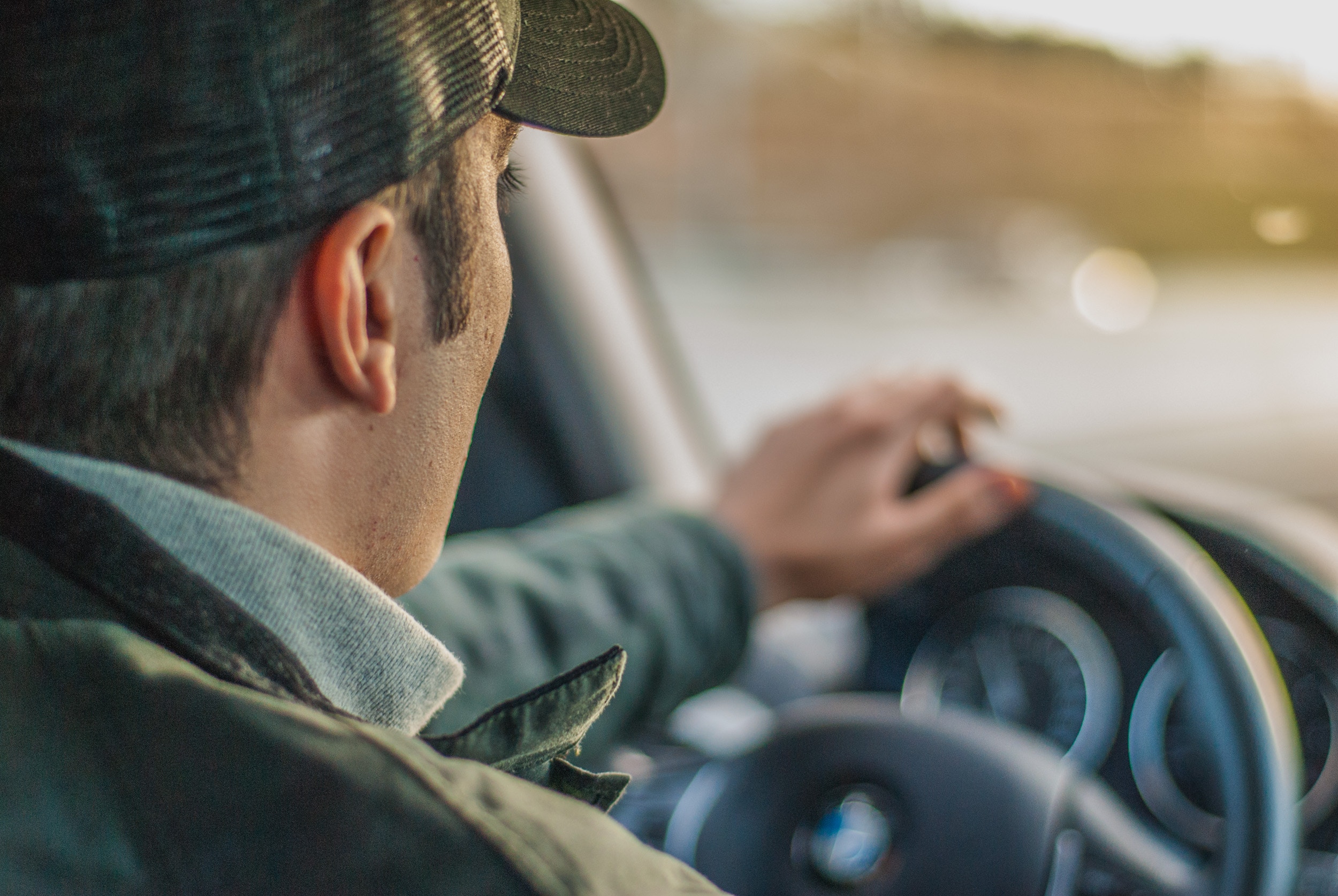 This article is part two of a two-part interview series on critical driver safety issues. Check out part one here.

Concerned that cannabis legalization in Canada could be affecting your fleet? How can you prevent impaired driving among your employees?

Today, we’ll share a recent interview we did with Charles Shrybman, Director of Research for Young Drivers of Canada, and an affiliate member of the Transportation Research Board.

Charles shares how cannabis is only a part of the bigger issue of impairment in the workplace. He also shares tactics employers can implement to better deal with the problem.

IMPAIRED DRIVING AND FLEETS: Q & A WITH CHARLES SHRYBMAN OF YOUNG DRIVERS OF CANADA

How can fleets address marijuana legalization in their safety policies?

I actually don't think companies should have a separate policy for marijuana. A policy around marijuana use should be part of a bigger one that deals with the problem of impairment in the workplace, which is very serious.

How far does an employer’s duty to accommodate go when it comes to medical marijuana?

In terms of driving impaired, there is no duty to accommodate. The law does not say that having a medical prescription makes it OK to drive impaired by THC. There is no such clause. 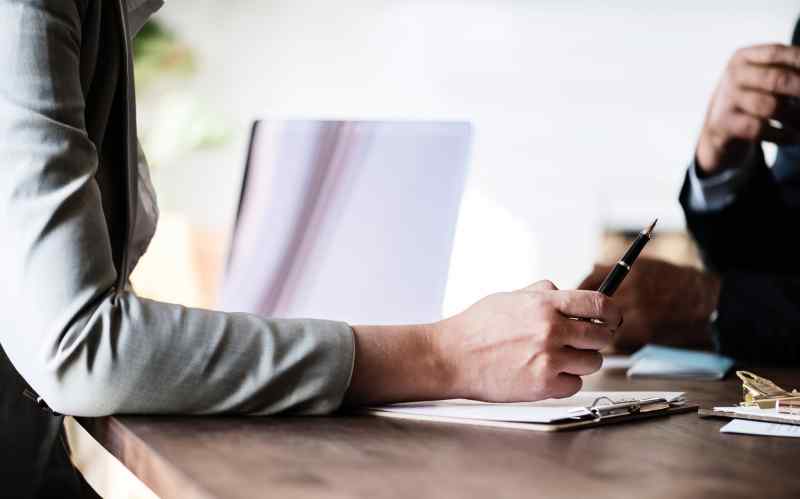 The Ontario Human Rights Commission (OHRC) actually points out that (and this is a direct quote) "as a preferred approach in these situations [where alcohol or drug use is detected], employers should consider tailoring any sanctions to the circumstances."

The circumstances would involve medical use, but there’s also the question of whether there's a dependency or an addiction. The OHRC states that severe or harsh consequences, such as automatic dismissal, may be seen as evidence that the employer's policy treats the employee as if they have a disability.

So what employers need to do in terms of accommodation is look at whether they have Employee Assistance Programs (or similar programs) in place to accommodate employees who do have a problem.

Employers must also educate employees about what the company policy is, including the penalties for impairment, while also letting them know that they have a program to assist employees. Consider, employees might have to take time off work. Do you have a program to accommodate their return? Are you prepared to change the person’s role, or their day-to-day tasks?

Providing accommodations would actually help create a culture in the company where these problems don't get buried, and where people who need help get help.

Without a clearly enunciated policy that highlights that your company will actively assist those with substance use problems, employees with those problems will almost invariably try to hide them. These untreated conditions will lead to a variety of direct and indirect costs for companies— from reduced productivity, to lower morale, increased absenteeism, increased accidents, and more.

How does the duty to accommodate relate to fleet drivers specifically?

Employers need to consider that if marijuana is used medically, is it used the evening before a driver’s shift? Would the level of THC be down by the next day? If that’s the case, there may not be any signs or danger of impairment.

If the medical prescription includes THC, or is mainly for THC, then the question is the amount of the dose. If a driver had it the evening before, would they be fine the next day when they drive? It's possible they would be, depending on the amount and how it's absorbed.

Your report states that 10% of drivers believe they drive better stoned, and 50% believe smoking marijuana has no effect on their driving. What type of training/communication can fleets/business owners do to better educate drivers on this issue?

The first point is that marijuana affects a range of cognitive abilities, from motor coordination to executive functions such as the ability to plan, focus attention, make decisions, solve problems and control emotions and behaviour.

There’s a study from the Montreal-based Research Institute at the McGill University Health Center that was just published in October 2018. It was done with 18-to-24-year-olds on a simulator. They were given a 100 mg dose of THC through a vaporizer.

Now to put that in perspective, a typical joint is 300 to 500 mg. So 100 mg is a relatively small dose. The study found that when these young people were on a simulator, there were no signs of impairment during simple distraction-free driving.

But five hours later, the THC had significantly affected their performance of complex or novel tasks— tasks that needed higher-level cognitive functions. We're talking about making quick decisions, for example, avoiding a sudden obstacle like a child running out into a street, or just driving through a very busy intersection.

One of the problems with nailing down what THC does to driving is, it may not show up in simple driving tasks at low levels. But it still may have effects on more complex tasks.

Some of the things that complicate the research are the level of THC in the blood, how it’s absorbed, and if the person is an occasional or a regular user. There are so many factors and there are still a lot of unanswered questions. 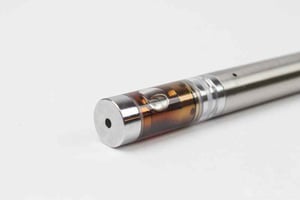 Regarding the statement "I drive better stoned", well—it might actually be partially true! But it's bad news. Let me explain.

Some marijuana users may drive better stoned, but it’s relative to their own driving. What’s been found in at least one study is that, with chronic users, if you looked at how they drive sober, and compared it to a control group of non-users, the chronic users drove worse.

It seems that with a chronic user there are long term effects that are independent of immediate use. So when they smoke their so-called regular amount, aspects of their driving actually improve when compared to its initial poor state. The aspects that improve concern basic motor coordination skills, such as deceleration and steering. 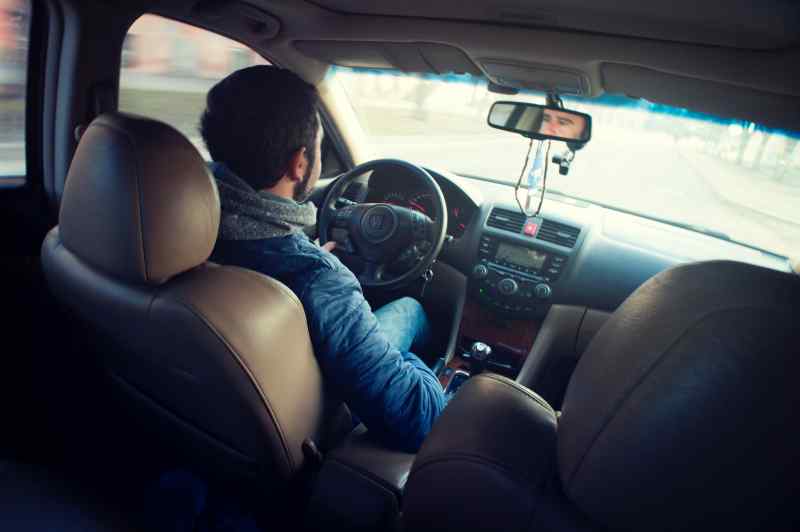 So, someone may actually drive better in some regards stoned than not stoned. But the problem with their driving is that it has deteriorated from chronic use. When we say “better”, it's only better relative to their poor driving overall. It's not better compared to another driver.

More important than whether you think you drive better stoned, or whether you think it has no effect on your driving, the fact of the matter is it’s illegal. And the penalties are very serious. They're the same as those for drunk driving.

The average costs I’ve seen for someone convicted of drunk driving range from $23,000 up to $48,000. The main component of the $23,000 was three years of increased insurance costs.

The $48,000 includes legal costs, the cost of defense lawyers, the costs of alternate transportation for a year, etc. And these figures are not unrealistic.

Another point in terms of what education should be done is that the use of cannabis combined with even a small amount of alcohol has a significant negative effect on driving. So you definitely want to educate fleet drivers on not combining those.

How big of a problem is impaired driving for fleets?

There’s a report from the Canadian Center for Substance Use and Addiction (CCSA) in which it’s estimated that lost productivity due to substance use cost companies $15.7 billion in 2014. 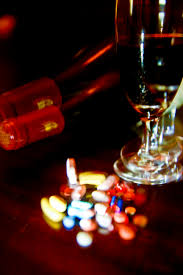 The number one substance that leads to lost productivity was alcohol. It was attributed to 37.8% of that overall cost. Number two was tobacco at 37.3%. Number three were opioids. And number four were other central nervous system depressants, which are typically medications, for example, anti-anxiety drugs and antidepressant drugs.

The most common drugs found in the systems of fatally injured drivers aged 50 and over were the central nervous system depressants and narcotic analgesics, which are typically painkillers.

So I think any fleet manager or health and safety committee would be remiss if they don't consider the overall impairment problem. This is an excellent opportunity to deal with the issue, now that marijuana is on the agenda.

Look at the whole substance use problem, because it's way bigger than marijuana. Just because marijuana made it into the news, it doesn't mean it's the biggest problem.

Do you know of any companies that are doing a good job in educating their employees about impairment?

No, I don’t. I'm not saying there isn't a company doing this well. But research from CCSA shows that policies are generally lacking in companies.

Can you recommend some ways employers can implement an effective awareness program?

There are five things I would suggest:

One -  Companies need a policy on substance use. Because if you don’t have one, it indicates that you don't consider it an issue. And that would be a mistake.

Two - Your policy should be developed where it's feasible with the stakeholders. So if there's a union where you work or a professional association, or both, you probably want to bring them into discussions on the development of that policy.

Three - Your policy should be clearly informed by the laws and any regulations that concern your industry. For example, a trucking company that goes into the US has to meet certain US standards. So they may have to follow regulations on drug testing.

Four - Once that policy is developed, I would suggest you have a program to educate your employees about that policy.

For example, a company may have an Employee Assistance Program (EAP). They include counseling if somebody runs into a substance use problem. So if your company does have an EAP, have you informed your employees that it’s available? 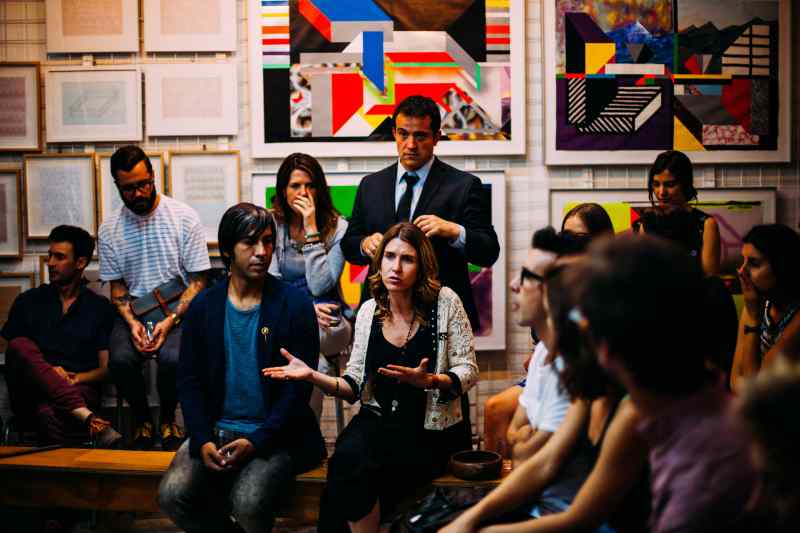 Your policy should let employees know that if they have a problem, the company will try to work with them to find a mutually agreeable solution. That may include some counseling, or even time off work if required. But it will be done without jeopardizing their jobs. Otherwise, the problem may just get buried and hidden.

It needs to be clear that your company doesn't tolerate substance abuse, but also that you’re not going to discriminate against an employee who has a problem with it.

Five - your policy on substance use (or the bigger issue of impairment) should be reviewed periodically. Where possible, it’s also ideal to review it to see if it’s effective.

For example, I recently read of a large transportation company in the US. They developed a program to change the workplace attitude towards substance use, and to assist employees in recognizing and assisting peers who had a problem in this area.

Any final thoughts for employers on the issue of impairment?

Now that cannabis has been legalized and there's a lot of focus on it, this is an excellent opportunity to deal with the problem of impairment.

A lot of companies haven't done the work with this yet. It seems to be a relatively newer area of work, especially for small and medium-sized companies.

I would recommend you don't just focus on marijuana. Focus on the overall problem of impairment, which includes a variety of substances, but also common problems like stress and fatigue. Don’t miss the opportunity to take this up. 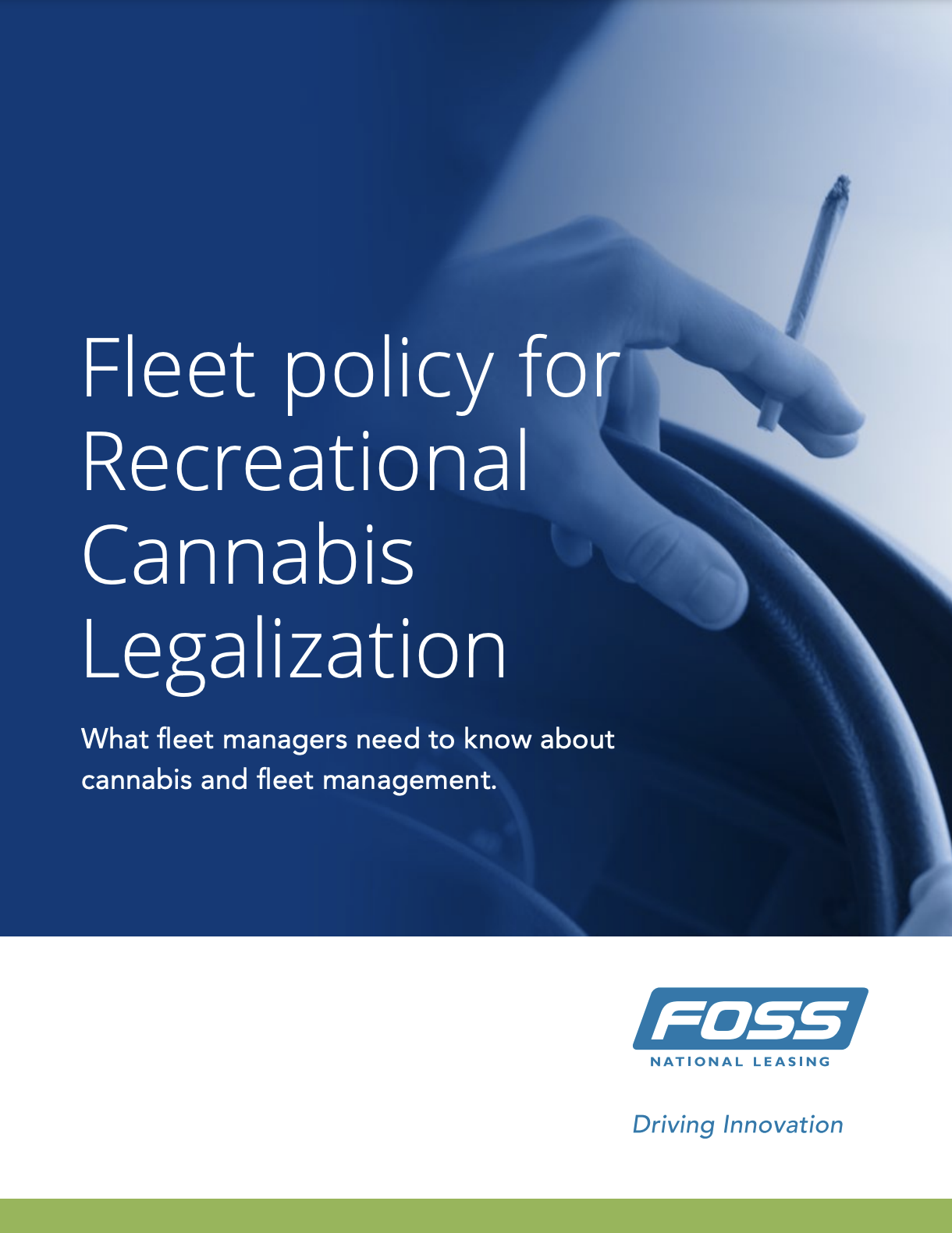 To help you make sure your company policy is up-to-date, we’ve put together a list of common questions fleet managers have around recreational cannabis.

How to Improve Fleet Safety and Reduce Risk